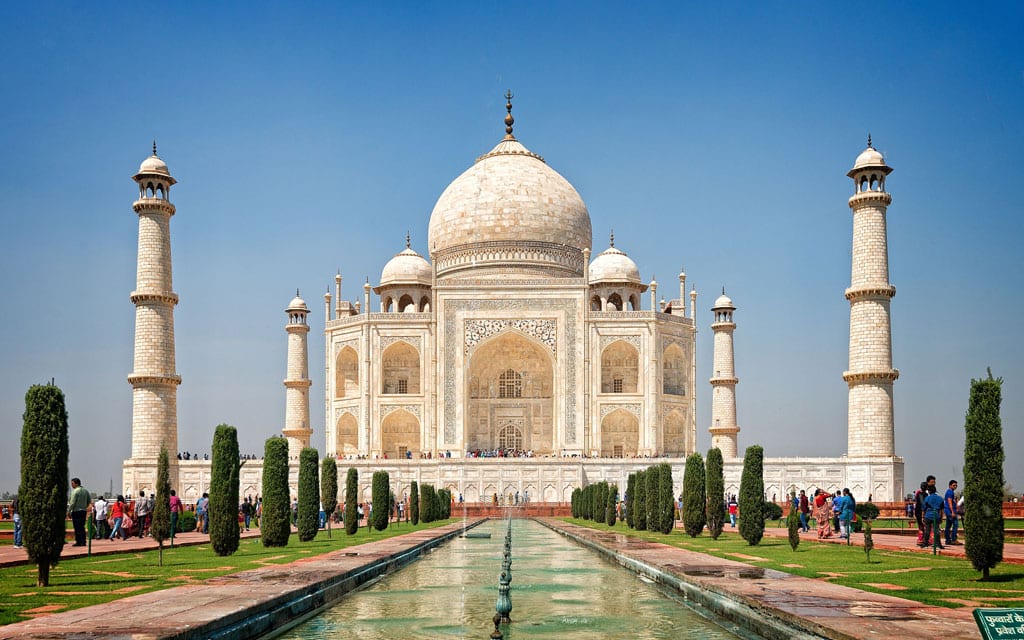 India tour is the land of vibrant colors, life, and culture. On the India Tours, we are able to also explore the gifts of nature and also the timeless marks of man-kind that dot the landscape of this country. Cool hill stations, wildlife, adventure sports, and beaches provide one amongst the most effective vacations that you simply would have anywhere within the world.

Our 6-day journey starts with directly on Delhi Airport from there we start our India Tours. On the India Tours, we will also visit the city’s popular landmarks including Red Fort, India Gate, Red Fort, Jama Masjid, and others. Next, we’ll drive to Jaipur and tour the colorful city’s many wonders like the Amber Fort, Hawa Mahal (wind house) among others. On Agra, we will see a city that houses the astonishing mausoleum.

Embark on a tour with Aarohi Holiday and revel in an enthralling, exciting journey that may stay in your memory for all times.

Arrival in Delhi Airport at any time. Our office representative will welcome you and transfer you to the hotel. Simply take pleasure and relax in the fun of driving. Short briefing about the trip after transferring you to the hotel. Enjoy your overnight stay in the hotel.

After breakfast leave for Jaipur. Arrive Jaipur and check-in at the hotel. Evening at free personal activities. Overnight stay in the hotel.

After breakfast, excursion to Amber Fort. Elephant ride from the foothills of the Aravallis to the fort entrance. Amber Fort: At a distance of 11 km from Jaipur, Amber was the ancient capital of Jaipur state. Construction of the fort began in 1592 by Raja Man Singh, the Rajput commander of Akbar’s army, and is a superb example of Rajput architecture. Afternoon, city tour of Jaipur. Visit the City Palace which has museum having an extensive collection of art, carpets, enamelware, and weapons; Jan tar Mantar – the observatory built by Maharaja Jai Singh in 1728 and the façade of Hawa Mahal. Overnight stay in the hotel.

After breakfast, leave for Agra. Enroute visit the abandoned Mughal city of Fatehpur Sikri: built by Emperor Akbar in 1569, was the old capital of the Moguls, which was abandoned after 15 years due to scarcity of water. See the graceful buildings including the Jama Masjid, Tomb of Salem Christi, Panch Mahal & other Palaces which are still preserved in its original glory. Continue drive to Agra. Arrive Agra in the evening and check-in at the hotel. Overnight stay in the hotel.

Other expenses not mentioned in the Price Includes section.