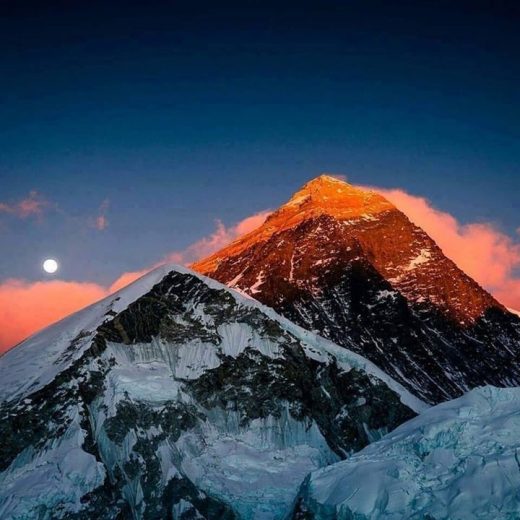 Everest Base Camp, a destination that many people wished for is the most popular trek among the trekkers around the globe. Starts and ends at Lukla, where sits the world’s most adventurous Tenzing Hillary Airport with an altitude of 2845m following beautiful villages Phakding, Namche, Dingboche, Pangboche, Pheriche and Louche. Along the trial, the breathtaking views of world’s tallest Himalayan peaks Everest, Lhotse, Nuptse, Cholatse, Cho Oyu etc. doesn’t fails to surprise with their heavenly beauty. Especially, the visit to 300 years old Tengboche Monastery that unravels the unparalleled beauty of Ama Dablam is yet another surprise for every individual trekkers on Everest Base Camp Trek.

Trek to Everest Base Camp starts as you land on Lukla Airport. The Lukla Airport is 135 km east from Tribhuvan International Airport, Kathmandu. It takes 35 minutes on a flight from Kathmandu to Lukla. On this short flight the panoramic views of Himalaya’s makes you amazes in a way that you will wish flight never ends. It takes around 12 to 15 days to complete legendary EBC trek. As you land at lukla the trail starts towards Phakding village. It takes around 3 to 4 hours from Lukla to Phakding village. The first day of trek ends after reaching to Phakding village, some trekkers also prefer to take rest for the day at Monjo, which is 1 to 2 hours far from Phakding Village depending upon walking speed of trekkers.

The second day of trek starts from Phakding village to Namche Bazar. On the way to Namche Bazar, you will pass via different beautiful settlements Monjo, Benkar, Jorsole, and Chimoa. Not only these beautiful settlements monasteries, forests, rivers, and suspension bridges of Khumbu region doesn’t lets you feel tired for a second. The best attraction would be Dudh Khosi River and Hilary suspension bridge. After walk of 6 to 7 hours you will reach to significant highlight of EBC trek, Namche Bazar. Namche Bazar (3500m) is a small town located at Khumbu Region. This small town is famous for its cheese and butter. Along with cheese and butter this small town is also famous for hotels, restaurants, gear stores, cyber café and Irish pub. Namche Bazar is also known as a gateway to Everest for trekkers and mountaineers. Usually trekkers and mountaineers stops at Namche Bazar for a day and get some rest and required equipment’s and accessories for trekking and mountaineering.

The third day of trek is for rest and acclimatization. Acclimatization at Namche offers you great opportunity to explore the food and culture of Sherpa settlement. You can start your day with great coffee, and make visit to Namche Monastery in the morning. After lunch you can visit the town shops to get your required equipment’s, and yes you should definitely check out the bakeries and pub at Namche Bazar which is absolutely worth it. Before you have your dinner do not forget to pack your goods as you should head towards Dingboche with overnight stay at Tengboche. The final trek to Everest Base Camp starts from Dingboche to Lobuche to Everest Base Camp.

After great days at Namche Bazar, the trek continues towards Tengboche. On this day, you will climb alongside Dudh Koshi River until Phuke Tenga and then follow the trails of ijma Khola up to Tengboche. On this trek, you will pass through the pine forests and cross many suspension bridges. Along the way, you can expect to have a spectacular view of Mt Everest and Ama Dablam. After you reach Tengboche you can visit the Tengboche monastery. Tengboche Monastery is the biggest Monastery located at Khumbu region which is famous for its praying and strange rituals. Overnight stay at Tengboche. Next day you leave Tengboche, and head towards Dingboche.

On this fifth day of trek the air starts to get thinner as you go uphill. The trial follows descent forest, suspension bridges, valley and rivers along with Sherpa’s settlement such as Deboche, Pangboche, Shomare and destination for today’s trek Dingboche. On the way the beautiful landscape of Ama Dablam will always be in front of you along with Everest, Lhotse and Nuptse. The day ends as you reach to Dingboche. Overnight stay at Dingboche.

After rest at Dingboche, the path continues towards Lobuche. On this seventh day of trek the oxygen level is declines as you walk uphill. The route to Lobuche is flowed by beautiful U-shaped valley, rivers, highland and plain terrace with 360 degree view of Ama Dablam, Thamserku, Taboche, Cholatse and Cho Oyu. Not only that you can get memorizing view of Mt Pumori, Khumbuste and Lingtren as you reach near to Lobuche. You can also enjoy the view of Lobuche peak and other peaks along the way. The normal total time taken for treakers to reach Lobuche form Dingboche is normally 6 to 7 hours. Overnight stay at Teahouse located at Lobuche.

Next day the trek starts at early in the morning from Lobuche to Gorakshep. Gorakshep is the last stop before Everest Base Camp. It takes around 3 to 4 hours to reach Gorakshep from Lobuche. On this eighth day of trek you will have great view of Mt. Everest, Mt Pumori and Mt Nuptse and other surrounding peaks. After you each to Gorakshep Sherpa’s settlement at the afternoon, take rest for some time and have lunch. After some rest and lunch the short hike to Everest Base Camp begins.

A short hike to Everest Base Camp is a round trip of hours around Gorakshep to the final destination the base camp of world’s highest peak, Mt Everest. The joyfulness feeling being at Everest Base Camp is so pleasing that cannot be expressed on words. All the steps you counts on EBC trek becomes worth it when you finally put your step right in front of Mt Everest. After returning to Gorakshep Sherpa’s settlement, overnight stay at Gorakshep.

The ninth day of trek starts early in the morning from Gorakshep to kallapathar. The 3 hours of hike takes you to kallapathar to see the magnificent sunrise view over the Mountains. On the clear morning the sunrise looks extremely beautiful that you can rarely see that magnificent sunrise anywhere else in this world. The 360-degree view of highest peak of Himalayas and sun rays with thin layer colorful clouds over mountains is what makes your trek really memorizing and yes there is the best moment of life on that heavenly scene of Himalaya. After that you return downhill and stay overnight at Pheriche.

The tenth day of trek starts from Pheriche to Namche Bazar. You start trek down through the hillside coated by rhododendron and juniper trees. After crossing the prayer-flag cover bridge over the Dudh Koshi River, trail follows the Dudh Koshi gorge moving downwards swiftly through pine forests. In the forest, you may come across Daphne and other birds as well as mountain goats. The path eventually reaches Sansa from where you can enjoy the wonderful view of Ama Dablam, Thamserku and Nuptse mountains. You will also pass winding trails through a forest before reaching Namche Bazaar. Overnight at Namche Bazaar.

The final day of trek is from Namche Bazar to Lukla. On this tenth day of you should head to Lukla to catch a flight to Kathmandu the very next day. After reaching to Lukla the trek to Everest Base Camp ends. It’s very difficult to leave those natural beauties but memories remain throughout life.

Within a trek you will be amazed with the beautiful scenery of the Himalayan range and get great experiences of ethnics groups living on mountains, their culture, monasteries and lifestyle of Sherpa’s. Not only mountains and Sherpa’s you will be amazed with wildflowers and endangered birds. The sunrise and sunset is yet another beauty that this trek amazes you.

During Everest Base Camp Trip, Aarohi Holidays provides you with experienced Trekking guides, strong porters, clean accommodations and healthy foods in during the trip. 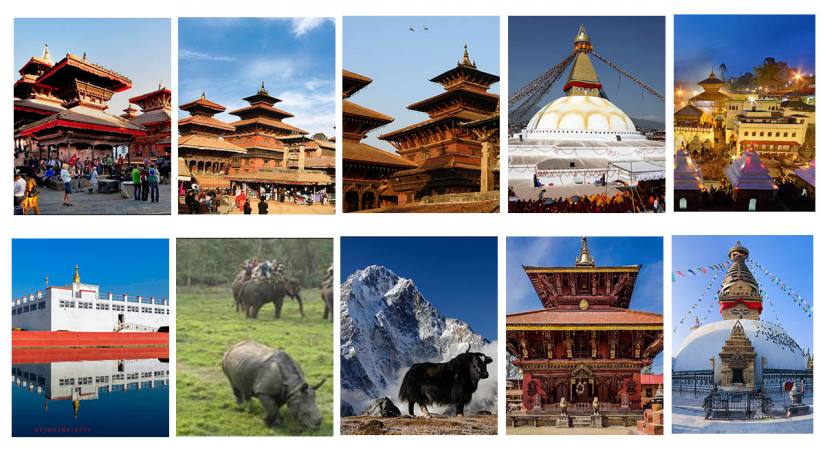 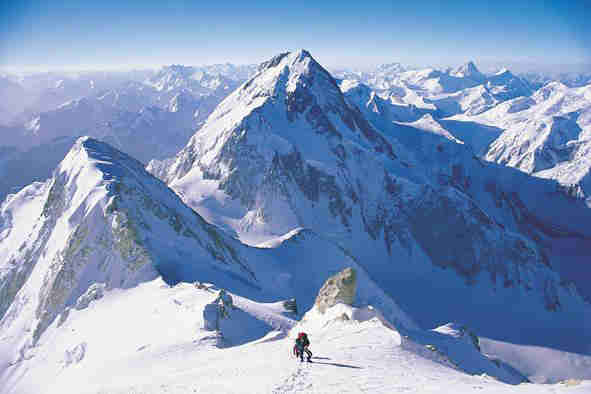 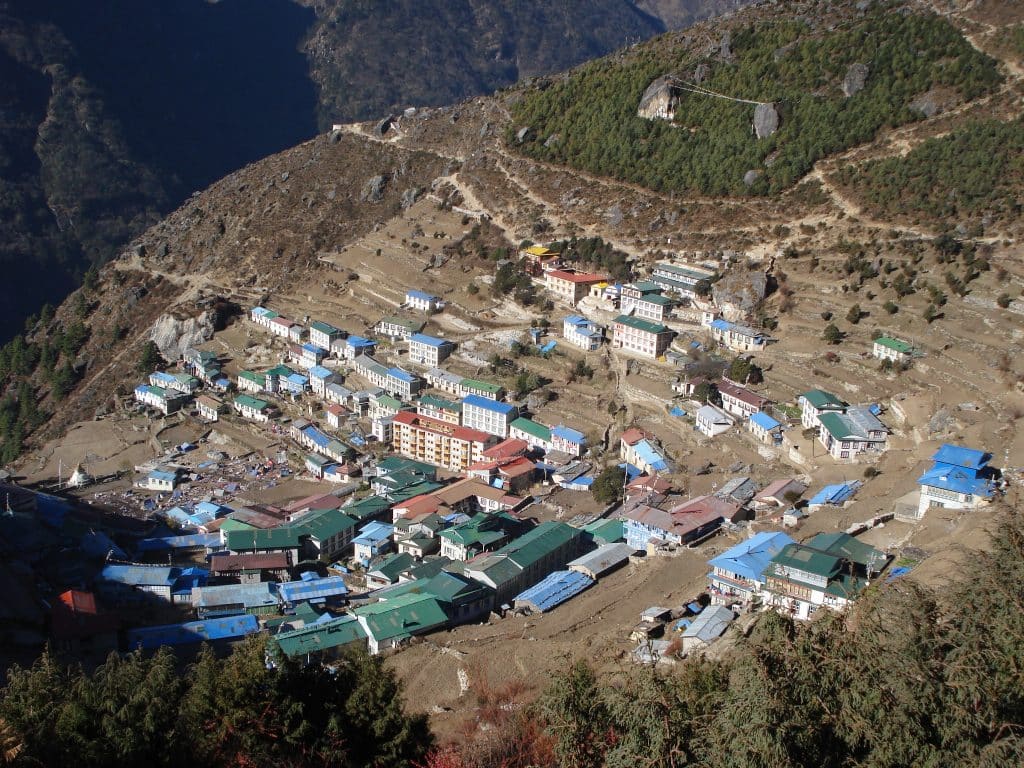